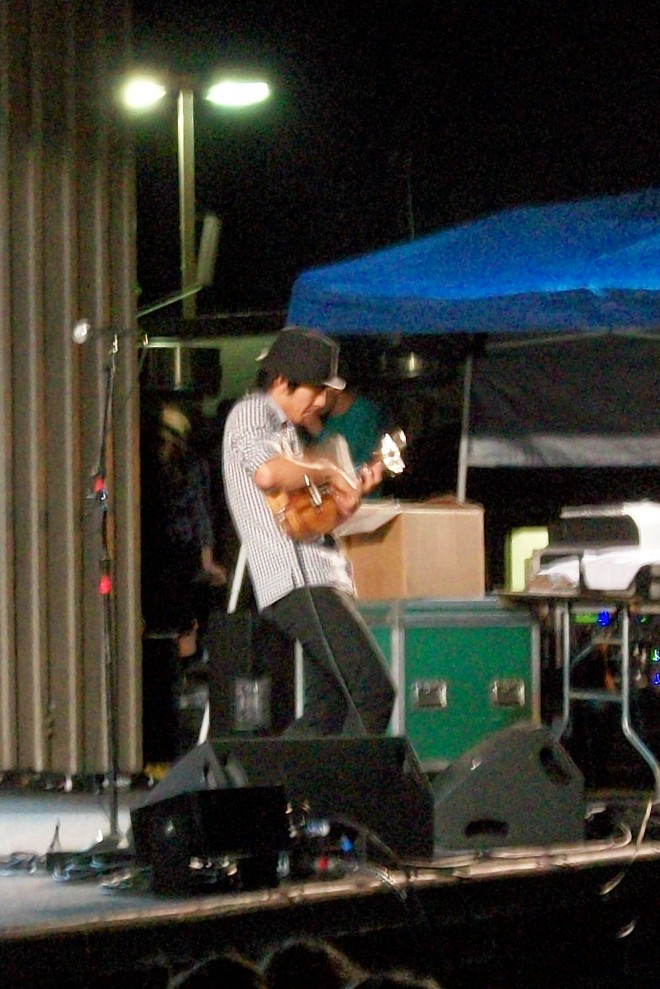 Silver Moon Desserts was selling their award-winning liquer-infused ice cream and sorbets at the 53rd Annual Monterey Jazz Festival, and so we offered to help out. And perhaps catch a few tunes. 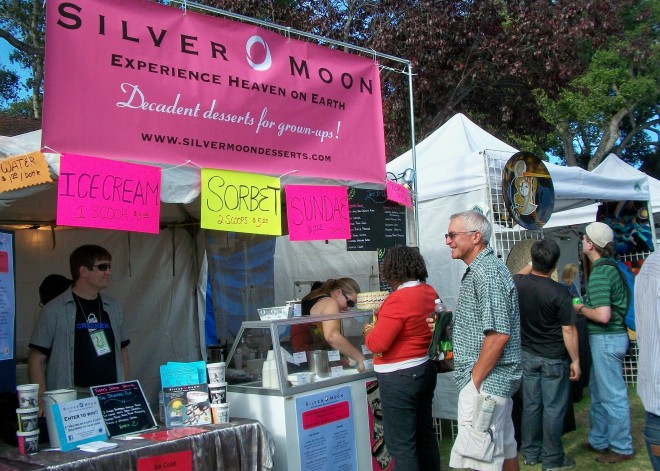 Never really considered myself a big jazz aficionado but thought it would be a hoot to scoop ice cream  and soak up the plentiful cool-cat vibes. Sundae-making actually turned out to be rewarding, especially when I was forced to eat a spoonful of hot fudge every so often. For quality control purposes, of course. When Sheri wasn’t looking.

It was also a genuine thrill to see the reactions of people who were getting their first taste of the Silver Moon Desserts phenomenon. Lots of “Wows!” and “Amazing!” and “Oooh, that’s GOOD.” And you could tell people meant it by their body language and big eyes; they weren’t just being polite.

But truly wonderful was the experience of being exposed to incredible artists who blew me squarely into diehard jazz fandom. Even in the food pavilion, we could hear – feel – the riveting magic of Troy “Trombone Shorty” Andrews and his band Orleans Avenue.

Uncontrollable bootie-shaking and air-tromboning antics ensued in our little booth as Shorty’s fiery horn action mercilessly propelled us about. Mac McDonald at the Monterey County Herald review says it all:

“…From the opening blast of his trombone, the youngster from the Big Easy had the audience by the scruff of the neck and shook it for all it was worth. Andrews was on both trombone and trumpet and backed by a smoking-hot band. The rising star had a usually laid-back arena crowd on its feet, clapping, dancing and responding to his frequent call-and-response rejoinders.” More here.

And then there was Jake Shimabukuro and his transcendent Ukulele. I love music across the spectrum –rock, alt, folk, country-fried, Swedish techno-goth, yet never had really considered delving into the ukulele oeuvre.

By pure wonderful chance and having no idea what was on tap, we got a seat just as the Hawaiian legend took the stage. Jake introduced himself, talked a little about how he got his first ukulele when he was four years old, and his different influences. Then he began to play.

His music: beautiful, evocative, humorous, complex, intense and deeply moving. (Again, there are others who can recap it better than I – check out Blog Monterey for more.) Suffice to say we were stunned by this young man and his talent. The appreciative crowd of at least 500 was transfixed and utterly still as he played.

The first song hooked us, the second, “Blue Roses Falling” blurred my vision and then he completely sent me into quiet hysterics with renditions of the Beatles’ “In My Life” and Queen’s “Bohemian Rhapsody.” We could almost hear the late great Freddy Mercury in the uke’s expressive voice.

To frost the cake, he came back to encore with a ukulele-shreddin’ version of George Harrison’s “While My Guitar Gently Weeps.”

And then, the huge crowd stumbled blissfully away into the night. – jdf 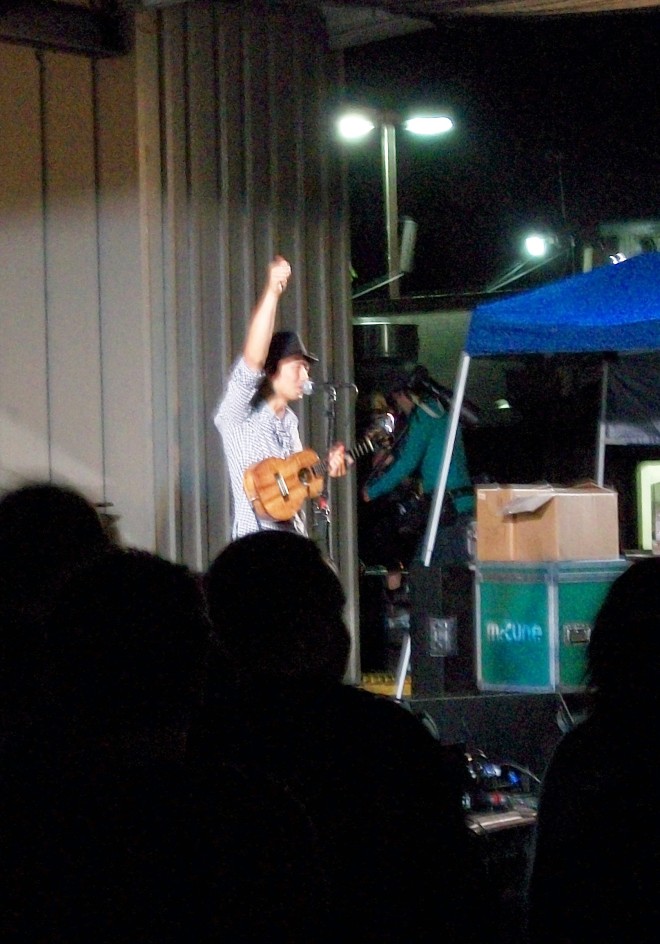 Above: Jake soaks up the crowd’s adulation after his wondrous encore rendition of “While My Guitar Gently Weeps”.